Our fog dispersion technology is based on application of the thermal stream formed by the jet aviation engine. Such engine is capable to pump over up to 200-300 cubic meters of air per one second, warming it up to 400 – 900 degrees Celcius and throwing out on hundreds of meters from installation.
The thermal stream by means of a special nozzle can be directed vertically up or on the set corner in relation to the horizon.
Action of a stream will promote a punch of temperature layers of inversion which usually cause the formation of fogs.
Important feature of the thermal machine, enhancing thermal and dynamic effect of fogs dispersion, is the the additional possibility of spraying of hygroscopic aerosol which will actively absorb water vapor from air and also promote increase in visibility range in fog.
Such installation can be especially effective at disclosure of runways at the airports before take-off or plane landing; on highways and autobahns to prevent collapse of cars; increases in visibility range in seaports for simplification of a freight of vessels in days with deep fog; for cleaning of a ground layer from aerosol smog which is formed during powerful inversion layers in the ground atmosphere and in coal mines, etc.;

In given we actively are engaged in development of a design of the mobile thermal machine capable to work continuously within 2 – 3 hours.

It is planned that the release of a trial sample of the thermal machine will happen in the middle of 2019, and the first experiments will be conducted at the end of 2019 – the beginning of 2020. 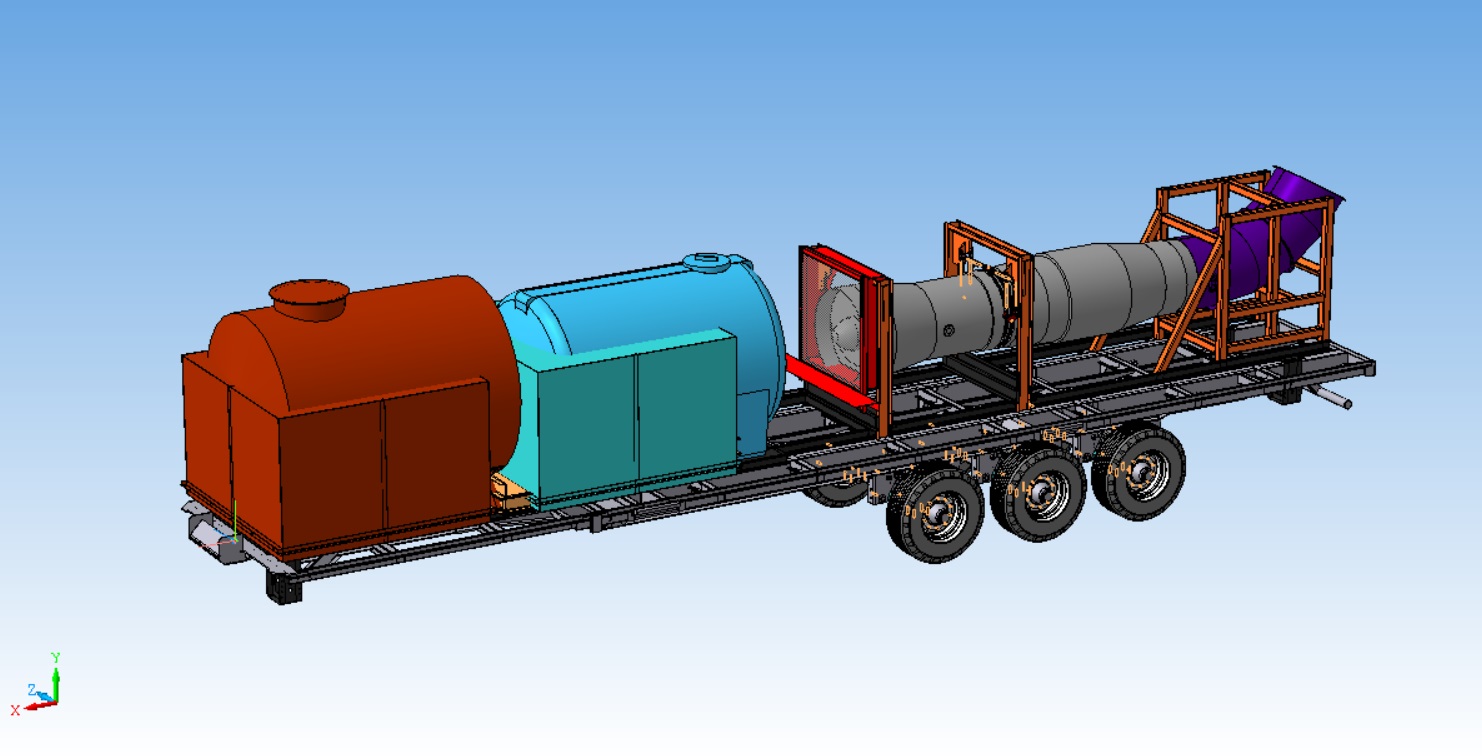 The scheme of the thermal machine TMO-1 on the chassis of KAMAZ track, where 1 – rotary nozzle; 2 – aviation engine; 3 – two-section tank for fuel and hygroscopic agent; 4 – cabin where the control unit of the engine is placed.